Many hectares of land in different parts of Erode are now being converted into a housing plot at a rapid speed. With the massive rate of housing segment created in Erode there are chances of a huge fall in the food production in the region in the years to come.

Erode has an agricultural background and one of the most sought after sectors rendering maximum yields. Erode is one of the largest turmeric producing districts in the country. Various food crops also grown here in hundreds of hectare of land are coconut, paddy, oil seeds, sugarcane, banana and various other food crops. There has been a huge rush for housing within the districts where the various approachable lands are being encroached. 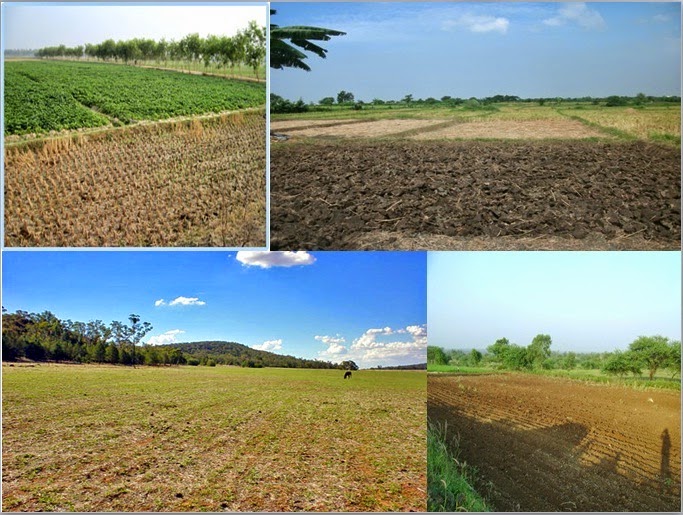 The upcoming real estate developers and constructors have bought hectares of fertile and cultivatable land and converted them into housing and residential plots. The district of Erode is doing an aggressive marketing for the same. The General Manager Velayudham also pointed out that few months back in a neighboring village a property developer has brought four acres of coconut garden and destroyed the entire plantation of over 350 completely grown coconut trees and rehabilitated the land into a housing plat. Erode’s total land under the agricultural sector is over 2.07 lakh Hectares during 2008-2009. There has been a massive drop recoded in the land which is 1.99 lakh hectares in 2009 to 2010. As per the current panorama the total land available is 1.80 Lakh. This entire drop down of land area has resulted in the considerable loss of 10,000 hectares of fertile land, which has been put into residential use.

There are certain reasons like labour scarcity, shortage of remunerative price and others which are forcing the farmers to sell their lands to the real estate constructors and developers.

With the aggressive marketing stunt many real estate developing companies are carrying out marketing through the medium of television hosting live phone-in programs. Now as the marketing strategy most of the channels are showcasing such campaigns during the prime time.

The real estate developers have carried out free trips helping the potential investors and buyers to visit the property sites and providing door to door pick and drop facility. The potential buyers are also presented with gifts as a token of a transparent relationship.

Even the agriculture sector officials are not sure of hoe much positive response this has rendered in the past months but they are pretty much sure about the fact that many real estate developers have come and have acquired a huge amount of cultivatable and fertile land which is put into residential usage.

With lot of industrialization happening in all verticals the farmers do not fish their children to be a part of the slow rising agricultural industry. The agriculture sector has seen no wonderful growth in the times passed by. The real estate developers are taking advantage of such situation and acquiring the agricultural land.

The rising land rust may soon lead the district into a situation where food security will become a threat. The farmers of the district have raised an application to the government to prevent the conversion of cultivatable land into real estate properties.

If you are planning to invest your money in Lands / Plots, then TGS Layouts provides best Plots / Lands for Sale in Bangalore.
Posted by Unknown at 4:06 AM